Protons at first glance seem like simple objects. They have well-defined spin (+1/2) and electric charge (-1), and we even know their quark compositions. A proton is composed of two up quarks and one down quark. If a proton is moving, it also carries a reasonably well-defined momentum. How is this momentum distributed between the constituent quarks? Intuitively, it seems like the momentum should be evenly distributed between the quarks, each carrying 1/3 the total momentum. It turns out that this is not the case.

Below is a plot of the momentum distribution of the up and down quarks inside a proton, adapted Peskin and Schroeder, An Introduction to Quantum Field Theory. Some data is omitted to illustrate a point. 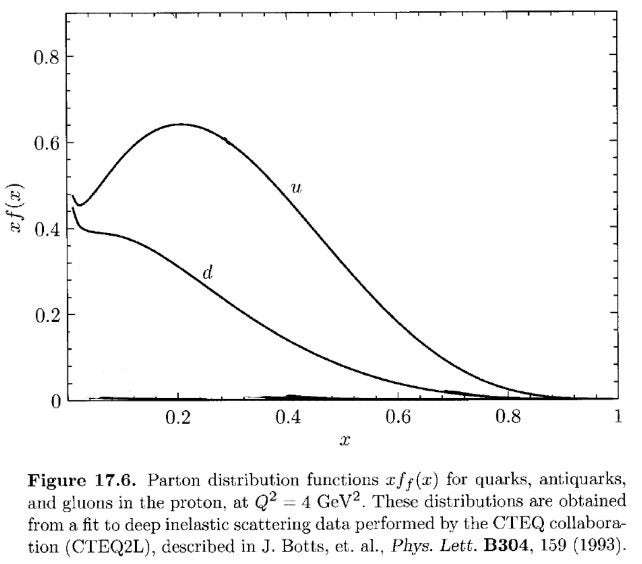 It turns out that in addition to 2 ups and 1 down, protons are also made of antiquarks, and gluons! The full momentum distribution of a proton is given below. 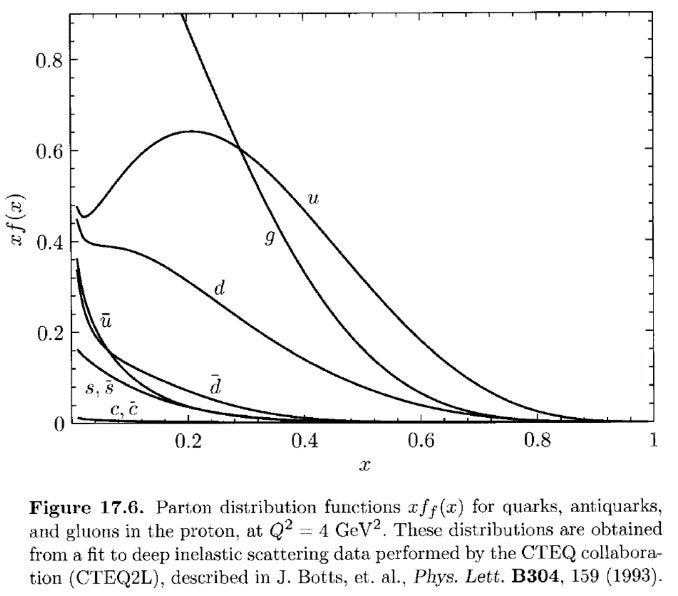 Now, we have seven more curves in addition to the original u and d curves, representing seven more particles! The curve labeled g stands for gluons. These are the particles that transmit the strong nuclear force. It is this force that is responsible for holding quarks together to even form protons. The c and s curves stand for Charm and Strange quarks. Finally, curves labeled with a bar denote antiquarks.

From this plot, we are forced to conclude that protons are much more complex than 2 up quarks and 1 down quark. To be precise, we would say that these quarks are the “valence” quarks of the proton, just like valence electrons of atoms. These valence quarks are the quarks that are available to interact with other particles.